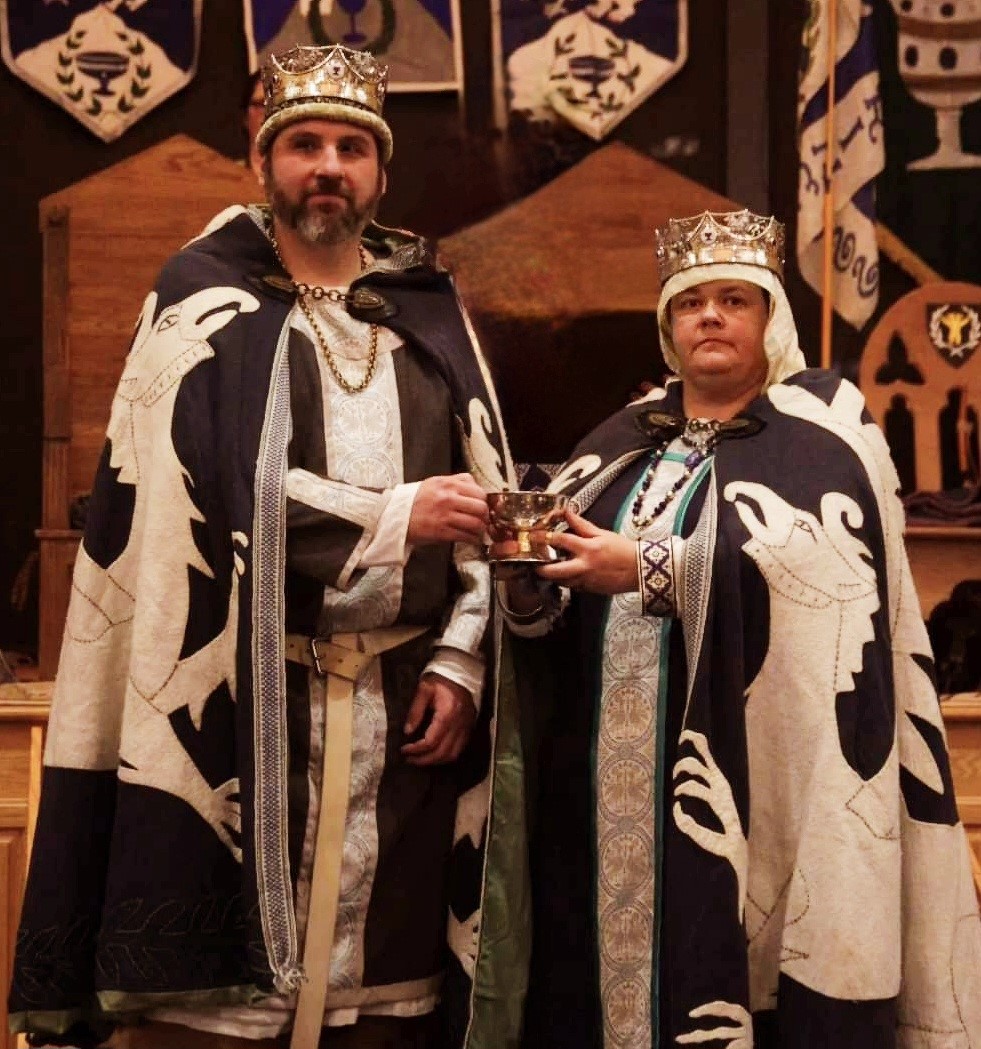 Weylyn ibn Rustam’s Persona is 9th Century Norse. He has traveled to the east where he met his family and Knight Abu Nur Rustam ibn Abdallah.

Most foods and drink are okay, with no known allergies. He likes Bourbon and ginger beer, and dislikes raw tomatoes.

Lindis de Aquisgranno’s persona is 9th Century Carolingian. From the city if Aachen, in what is now Germany, she loves all things administrative. She is also known to explore Norse culture and wear garb from different regions.

Her favorite colors are blue, orange, and black. Lindis enjoys Archery, Fighting (more watching these days than being on the field), bardic, medieval games, bocce ball, and socializing with interesting folks.

She likes decorated useful objects, silly jokes, toys (tops, yo-yo’s) and things she can do tricks with, and anything that created joy.

Most foods are ok but she is allergic to juniper berries and orange and would like to stay away from processed foods. She mostly drinks water, coffee with vanilla creamer, and loves Bourbon and ginger beer. 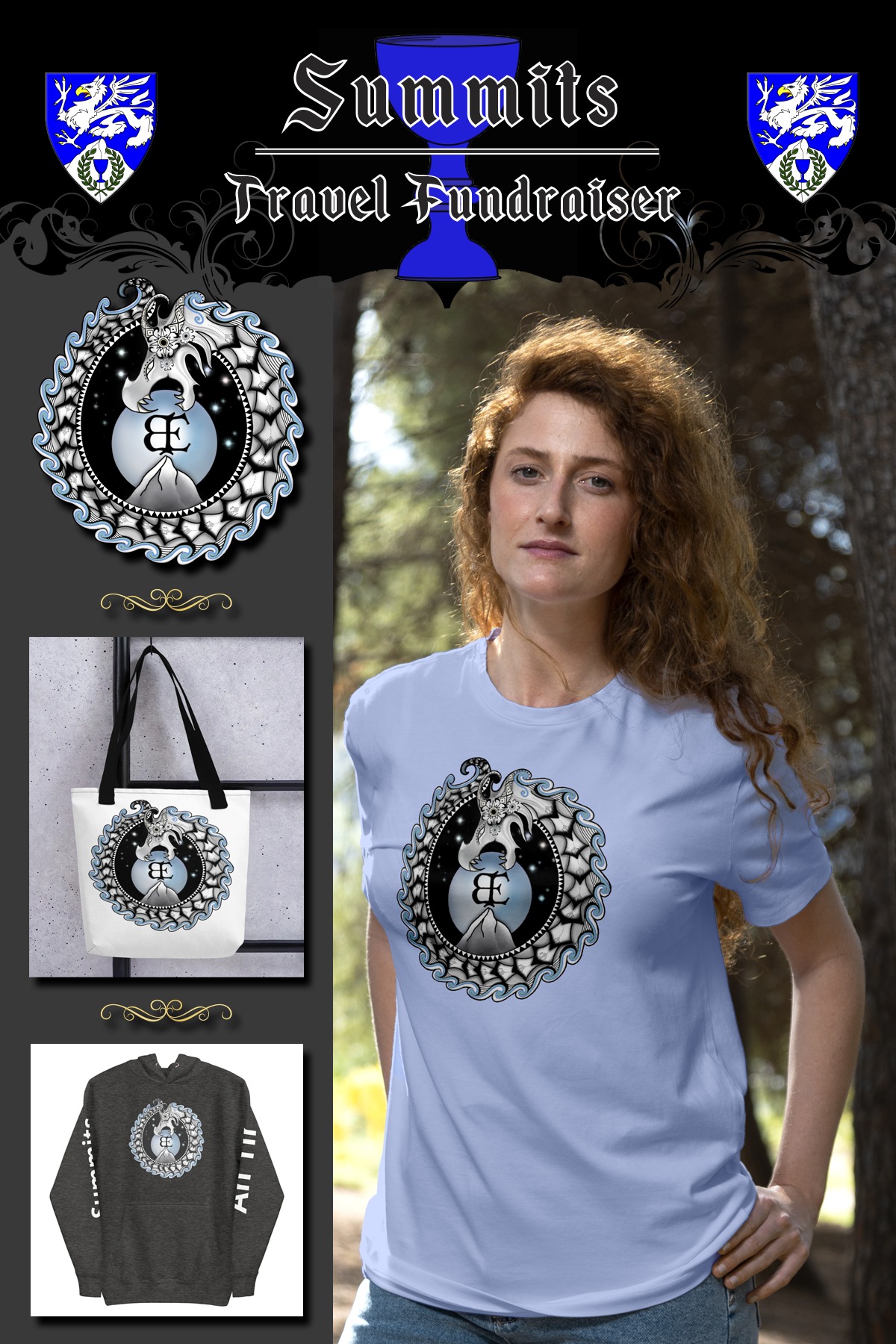 Order your t-shirt, sweatshirt or bag from Talon’s Creatives to support the Principality of the Summits Travel Fund. 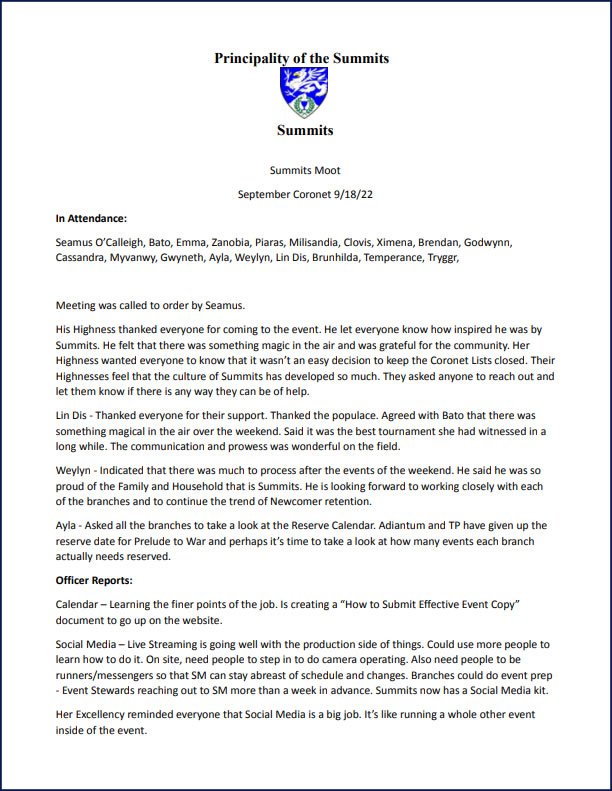 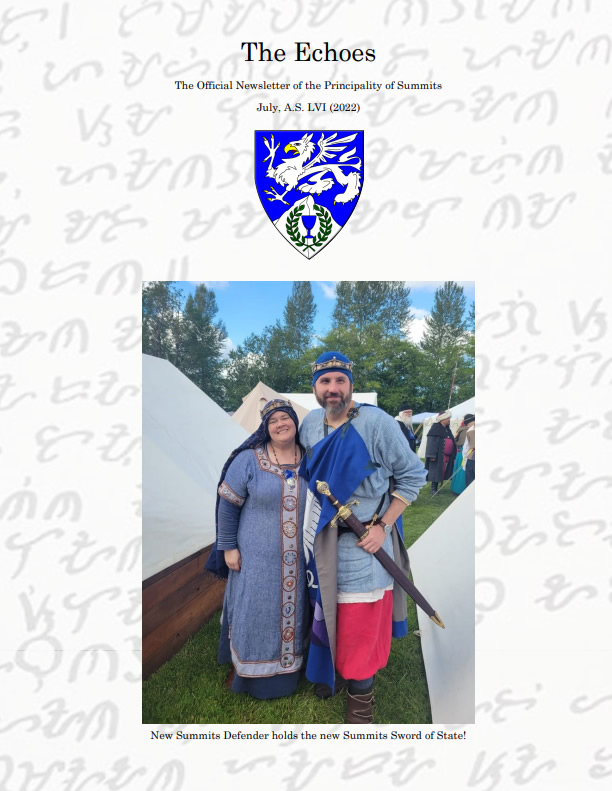